Most people choosing to read this article probably know what ASMR is. If not you can find an excellent definition here and here.

For anyone not familiar with what frisson is, literally meaning ‘shiver’ in French, it’s that electric chill feeling often followed by goosebumps you get when listening to music. Why we experience frisson is not known but one theory has to do with our central nervous system reacting to unexpected changes in music – referred to as ‘violations of music expectancy’. Sounds pleasant right?! Essentially it means that our body responds to changes in what we’re listening to that we were not expecting – eg rhythm, frequency, harmonies etc. 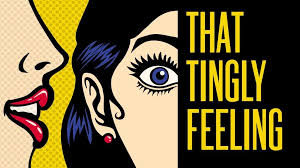 Frisson like ASMR is extremely pleasurable. It’s usually a euphoric feeling and can spread from one part of the body to another. Raising hairs on the back of your neck while a pleasurable chilling feeling sweeps through your body is how many seem to experience it.

Is it the same as ASMR? For most people the answer is resoundingly no. There are lots of similarities however, and here’s just a few of them.

“Rhythmic, harmonic, and/or melodic violations of a person’s explicit or implicit expectations are associated with musical frisson”  – Wikipedia

Looking at all of these similarities, it can be extremely useful when trying to explain to someone completely un-initiated in ASMR. In describing frisson, most people can relate to feeling the ‘music chills’ at some point in their lives. For some reason it’s far more widespread and though not by any means talked about much, you will find that people instantly recognise the sensation of frisson when you describe it.

Now let’s look at some of the biggest differences between ASMR and frisson. 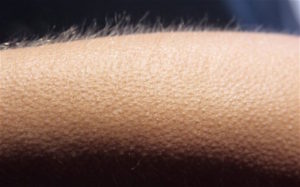 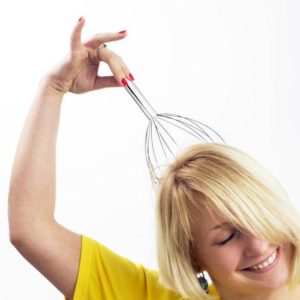 If you’re talking to someone for the first time about ASMR and are feeling them look at you like ‘ok, this must be a sex thing’ expression, talk to them about frisson. Most will probably not be familiar with the term, but they sure as heck will know the sensation.

Then explain how although ASMR is a similar type of experience it happens as a result of some of these triggers – list lots of things that trigger ASMR.

You can then also talk about situations that they may be able to relate to IRL that are likely ASMR triggers – drawing on your back as a kid, using one of those head massagers, someone touching your ears or neck in a way that feels euphoric.

Giving someone the example of frisson AND then the examples of where they may have experienced ASMR may start to turn on a lightbulb for them.

In my own experience I have only ever once had someone instantly recognise the sensation of ASMR when I described it and he said he got it all the time. He explained how he had to interview someone for a job that week and he found the interviewee’s voice so amazing that he was experiencing constant tingles throughout the entire interview and found it extremely hard to concentrate!

Other friends who are ASMRgins (ASMR virgins) have let me experiment on with a head massager to try and create a sensation similar to ASMR for them to relate to. This seemed to give them a much clearer idea of what I was talking about and several of them could describe having experienced an ASMR like sensation at some point in their lives.

Hopefully this short explanation and comparison can help you understand frisson better, it’s relationship to ASMR and how this can potentially assist you when talking to peeps for the first time about ASMR.

What is your experience of ASMR and Frisson? Let us know by leaving a comment.